Much has been done…and there is still much to do!

Feels weird saying that in February…hope you all had a great Christmas and all the best for 2016!

Anyway, my apologies for the late update, but there has been so much going on in my life recently. Namely work, writing, drawing, Mystery Project ‘A’…and acting.

First things first, my sincere thanks to everyone who supported me when Bear Spirit made the finals of the Parsec Awards for “Best Speculative Fiction Story: Small Cast (Novella & Long Form)”. Sadly, I didn’t triumph, but I will always be proud that my work made it THIS far and will forever have the distinction of being an official Parsec Awards finalist. Congratulations to Paul E Cooley on his victory with The Black: Arrival, and well done to all my fellow finalists and entrants in their respective categories. Check out The Black: Arrival at the link below!

Also, throughout 2015 I was working on something called ‘Mystery Project A’ which I have long since revealed as My Top 10 Wrestling Shows. Being a wrestling fan, I wanted to share with others my thoughts and feelings on what major events best sum up the greatness of wrestling. Check it out here!

I am also proud to announce my joining of Congleton Players! I have always loved the local theatre group for the amazing productions that they put in, and I’ve always fancied trying my hand at acting. Having joined the group at long last, I successfully auditioned for the role of the Reverend Parris in the Players’ recent adaptation of Arthur Miller’s masterpiece ‘The Crucible’ and we completed the week-long production of that to great acclaim! Expect more details of that to follow soon! In the meantime, be sure to check out the Players’ website at http://www.congletonplayers.com/ 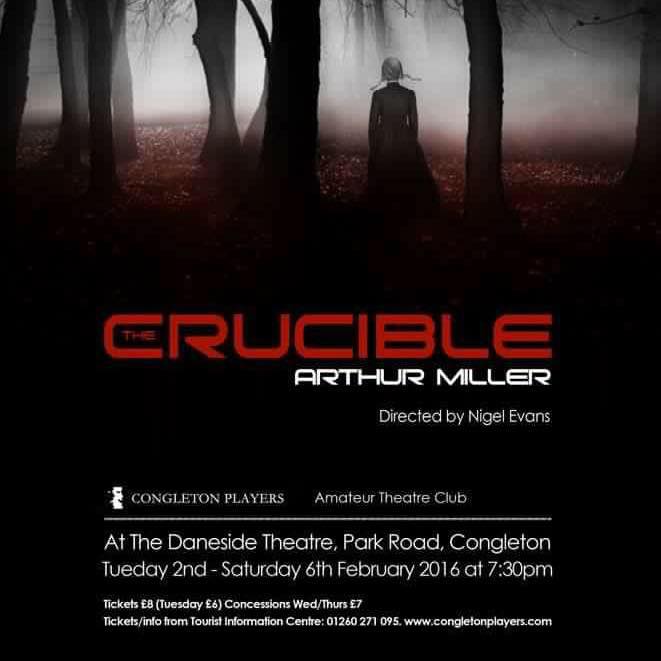 And finally…progress is PICKING up on The Saviour & Hi-Jax! There are only SIX more chapters to complete! STAY TUNED! THE END IS WITHIN REACH!

See you again soon with more news, poems and artwork!